A deadly winged monster, a robot rebooted to fight him, and a showdown to end all showdowns! Lyca Productions is proud to bring you the most expensive Indian film ever made- a spectacle the kind you have never seen before.

In times of peril, we need heroes.

Dr. Vaseegaran(Rajinikanth) is an eminent scientist and inventor. He has once thought that his famous creation- Chitti- has served its purpose having fought and defeated evil once before.

But a new peril threatens to destroy the world now- one that mankind has never seen before. It’s called a ‘fifth force.’ And this peril swoops down from the sky in the form of a winged monster.

Faced with this new villain(played by Akshay Kumar), the scientist reboots Chitti.

Even better, he updates his creation.

The robot’s second version- 2.0- is unveiled. And he is mankind’s best hope for protection from the fifth force. A robot played by Amy Jackson is also in the fray.

The battle field is now set. The warriors have taken their place on either side of the field.

Will the forces of good win over evil? Will the shadow cast by the monstrous wings clear, to once again let light into the world?

The story behind Indian film with the best VFX

If the presence of the biggest South Indian star and Bollywood’s biggest action hero are not enough to set your pulse racing, there are a few technical facts that are sure to whet the appetite of the movie fan in you!

Two years in the making, director Shankar has meticulously crafted the movie to bring his grand vision to the big screen.

To ensure the highest quality, the whole film has been shot using 3D technology cameras. This means when you put on the 3D glasses in the theatres, you are buckling up for a white knuckle ride!

The thrills are enhanced by some of the most intricate visual effects ever used in Indian cinema.(Fun trivia: the movie’s release was extended by an year so the creators could polish the VFX so that the spectacle you get is unlike anything you’ve ever seen before.)

Oscar winner AR Rahman has composed the heart-pounding music for the film which has movie buffs all over the world waiting eagerly for Nov 29- the day Chitti’s battle begins!

Grab your ticket for the spectacular #2Point0 in cinemas near you! 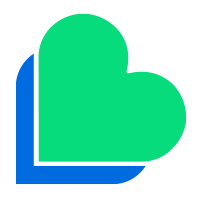 Your registration was unsuccessful.